Women researchers and directives explain the latest advances in artificial intelligence, big data and other technologies used in biomedical research 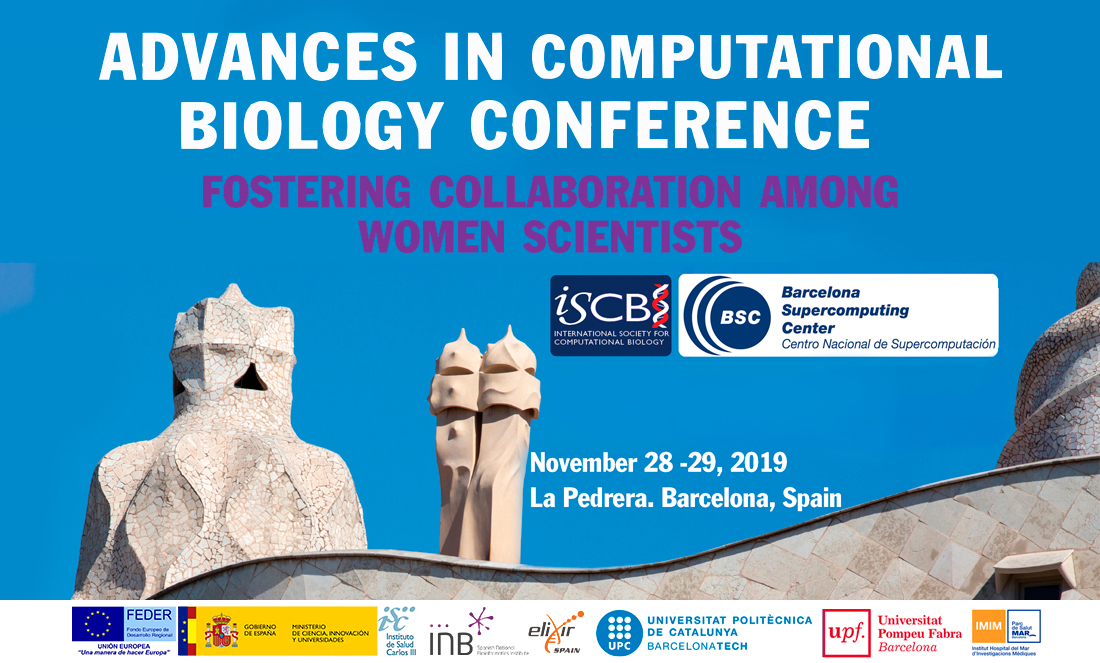 At the AdvCompBio conference, which will be held in La Pedrera (Barcelona), on November 28 and 29, all speakers will be women, but the sessions will be open to everyone.

Outstanding women researchers who use the latest computer advances for biomedical research and directives from companies and institutions in the world of technology and biomedicine will present the latest developments in this field of research and discuss the most immediate challenges at the end of November in Barcelona. The meeting will take place during the first edition of the Advances in Computational Biology (AdvCompBio) conference, which will gather around 200 attendees in the auditorium of La Pedrera in Barcelona on November 28 and 29. In this conference, all speakers and organizers are women, although the sessions will be open to everyone.

AdvCompBio is primarily a high-level international scientific meeting, intended to discuss the latest artificial intelligence and big data technologies in computational biology, promote the exchange of experiences and create collaborative networks. Additionally, the conference is a forum to make visible the contribution of women in a sector in which, although women researchers are very present - as can be seen in the panel of speakers and organizers of the conference-, their visibility is still insufficient.

Maria José Rementería, promoter of the meeting, physicist specialized in automatic calculation and artificial intelligence and responsible for the social impact analysis group of the Barcelona Supercomputing Center (BSC), explains “it is essential to make visible the excellent scientific work that women do, so that they also serve as a model for new generations. Surprisingly, even today congresses are still organized where all the speakers are men arguing the lack of relevant women; with this congress, we want to show that this is not true, even in fields as leading as high-performance computing, AI, and Bioinformatics. Not only do these women exist, but they are leaders in their respective fields”.

Rosa M. Badia, PhD in computer science, team leader at the BSC and recently awarded with the Catalan Government DonaTIC award and Euro-Par Achievement Award, highlights "the importance of this kind of actions to increase the visibility of women researchers in areas where the lack of women in high positions worsens the situation, as those areas related to information technology."

Mar Albà, ICREA Research Professor at the Biomedical Research Program from Institut Hospital del Mar d’Investigacions Mèdiques (IMIM) and Universitat Pompeu Fabra (UPF) states “it is very exciting to be involved in this initiative, which we hope will empower women scientists and generate new synergies”.

Ana Polanco, director of Corporate Affairs at Merck in Spain recalls, “we live in a changing and uncertain environment, a context of permanent and unprecedented technological disruption, in which digital technologies have a transversal effect and can affect the economy in its set. Women have an active role in the economy and it is a priority, not only to be part of these changes but to lead them”.

AdvCompBio is led by the Barcelona Supercomputing Center Bioinfo4Women initiative and coorganized by the Barcelona Supercomputing Center (BSC), the Hospital del Mar Medical Research Institute (IMIM), the Spanish National Bioinformatics Institute (INB/ELIXIR-ES), the International Society for Computational Biology (ISCB), the Polytechnic University of Catalonia (UPC) and the Pompeu Fabra University (UPF). INB/ELIXIR-ES is highly represented by Núria López-Bigas as Conference Chair, Fátima Al-Shahrour and Laura I. Furlong as part of the Scientific Committee, Ana Conesa and Marta Cascante as presenters in plenary and poster sessions, and Eva Alloza as part of the Organizing Committee.

After the announcement of its celebration, the organization received more than 150 abstracts, from more than 30 countries, with proposals from authors willing to participate in the talks.